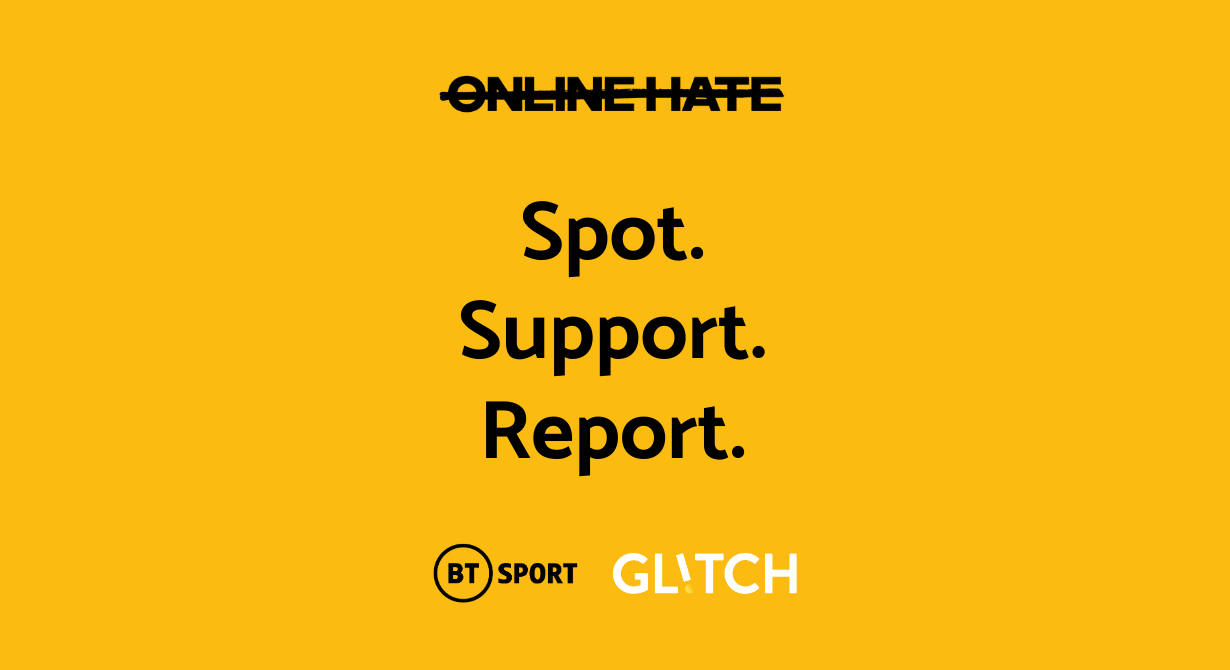 During the campaign, we provided training to upskill the BT, EE & BT Sport teams to become good digital citizens. The Glitch team helped develop an algorithmic abuse tool to track the levels of abuse on Twitter as well as shape new research which sadly confirms how increasingly unsafe our online spaces are.

The data reveals that more than one in ten of us have received online abuse in the last year. It’s alarming how commonplace online abuse has become, especially when looking at statistics regarding women and marginalised communities who are more likely to receive abuse, with 47% of social media users seeing racist abuse online.

You may have seen us on TV as part of the campaign, sharing ways in which we, as digital citizens, can help Draw The Line. It’s no longer good enough to just not post abuse online nor to close our eyes to the abuse online, or disregard it as banter.  We all need to act. Because until we – individuals, and social media companies especially – all commit to taking action, this problem won’t go away.

Find out more about Draw the Line from BT here.

Keep in the Glitch loop about online abuse, and the part we can all play in ending it.

We are campaigning to ensure that online abuse against women, and its disproportionate impact on racialised and minoritised communities, is reflected in the Online Safety Bill.

What's it like to work at Glitch? Interesting, innovative, impactful and more, that's what! Hear more from our team in our new blog.

What it’s like to work at Glitch
Cookies
We use cookies on Glitch to analyse and measure activity across the website, provide content from third parties and assist with our marketing efforts. Please be aware that your experience may be disrupted until you accept cookies.
Manage options Manage services Manage vendors Read more about these purposes
Preferences
{title} {title} {title}